Booking Commercials: Talent, Looks or Luck?
What does it take for an actor to be successful in commercials?
(by Carmichael Phillips) 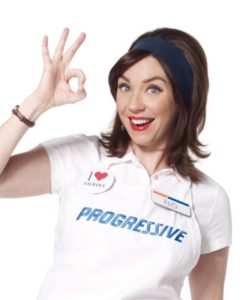 Is it talent? Is it looks? Is it luck? Or is it some combination of them all?

Right away, we can dispense with the combination argument. It should be pretty obvious that an actor must have some combination of all of these elements, whether the actor is going for commercials roles, voice-over roles, television, theater or whatever.

Acting is mostly a visual artform. So, no actor books a job based on talent alone. Looks are important. At the same time, if looks alone made all the difference between who works and who doesn’t, there would be no need to hold auditions. And given the competitive nature of the craft, every actor must have some bit of luck.

So, if working actors need some element of all of these – talent, looks and luck – is there one aspect that is more important than the other two? Does one of these tend to count more than the others?

Recently, Acting Magazine conducted a poll of its readers on Twitter to see what they thought:

What does an actor’s success in commercials depend on the most?

Overwhelmingly, readers who responded to the poll believed, based on their own experiences as actors, that looks made the biggest difference in whether an actor finds consistent success in booking commercials or whether they only booked jobs on occasion.

And this does seem to be the case, when you examine the industry.

This is not to suggest that talent doesn’t play a significant factor in an actor’s success working in commercials. That’s especially true when it comes to actors who have an extensive role in a commercial or actors who act as spokespersons for a brand.

For example, an actress like Stephanie Courtney, who plays “Flo” in all those Progressive Insurance commercials, talent is certainly central. The same can be said for actor Paul Marcarelli, the actor known for his role in the famous Verizon “Can you hear me now?” commercials.

But these large, long-running campaigns are the exception. 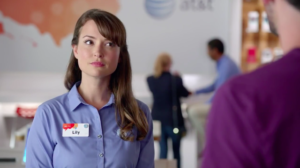 Luck also plays a significant factor in an actor’s ability to find continued success in commercials. The field is simply too competitive for it not to be.

In competitive markets like Los Angeles, one commercial breakdown can receive thousands of submissions. That’s thousands of actors competing for only one gig. In a game so competitive, every actor must have a little luck on their side.

That’s one of the reasons talent agencies carry so many actors on their roster. They understand that the game is mostly a numbers game. One year, a client is booking roles constantly. The next year, they might not work at all. Carrying many actors on a roster at one time ensures that someone is always working.

But, when it comes to commercials, talent and luck don’t appear to play nearly the role that looks play. An actor’s look tends to make the biggest difference between the actor who regularly books – perhaps even making a living solely from commercial bookings – and the actor who struggles to land a single commercial role.

The brevity of commercial spots means that a greater emphasis is placed on choosing an actor who can instantly “read” as a particular type. That is, if the commercial is seeking a “quirky mom, ages 40-45”, the actor who books the role must instantly be seen as a quirky mom by the audience.

That’s why an actor’s look – their overall image, persona and relatability is paramount in commercial casting. It is usually – usually – more important than even things like talent, connections or representation.

It is for that reason that an actor must understand and emphasize their “type”. Knowing your type and harnessing the power of it can make the difference between booking consistently based on strategy and booking based on nothing more than luck.

NEXT: 5 Riddles Every Actor Must Solve