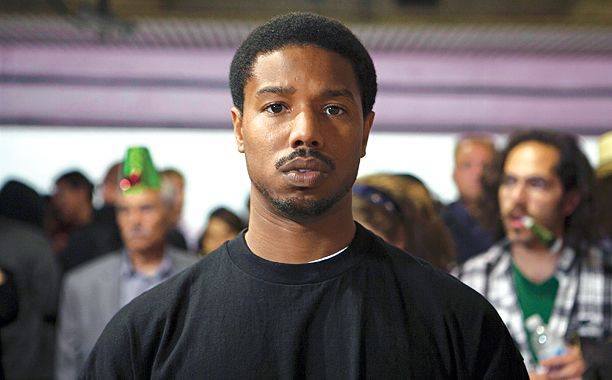 (Michael B. Jordan in Fruitvale Station)

You probably know actor Michael B. Jordan from the Creed film series. Jordan portrays Adonis “Donnie” Creed, the son of boxer Apollo Creed, the fictional character from the Rocky movies.

You might also know him from his many other noteworthy films like Black Panther, Fruitvale Station and Red Tails, in addition to the work he did as a young actor on the hit HBO show, The Wire.

Jordan sat down for an interview with the Off-Camera Show and offered up an insightful tip for how actors should use their sides when they audition.

“After The Wire, after all my auditions, I started throwing my sides away.”

“I always told myself, ‘If I get a callback, if they really want me, I’ll just reprint my sides. I’ll go through the hassle if it’s really worth it.’”

According to Jordan, this action, while symbolic, is a great way for actors to move from one audition to the next without allowing one single audition to linger in one’s head, and in one’s heart.

“But, I left it all in the room. I’m walking out, hands clean, and just move on to the next thing. It’s the only way I can kind of disconnect myself from the audition, from the role, and just forget about it and move on.”

“Now, my approach to auditions is kind of like, ‘This is my take. Instead of, like, ‘Let me go give them what they want.”

“Once you’re in the (audition) room, that’s your time.”

“Now, your mind state changes to, ‘This is my take. Before you (the casting director) give me any notes or anything like that, let me just give you my version. This is my take (on the character). And now it’s a conversation.”

“And then you realize the power you have as an actor. It’s like, once you’re in the room, that’s your time.”

These, according to Jordan, are the two ways an actor can maintain their power throughout the audition process. First by immediately disengaging from one audition to the next. And secondly, by unapologetically giving the casting director your unique interpretation of the role.

(Michael B. Jordan, excerpts from his interview with The Off-Camera Show)

You Might Also Like:
Actor Stories: How Chadwick Boseman Almost Gave Up on Acting, Before He Became a Legend