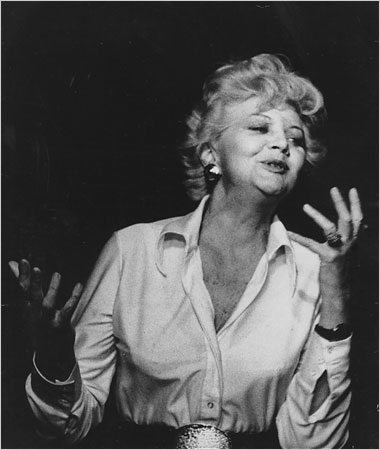 Quote of the day: “Acting is reacting” (Stella Adler) 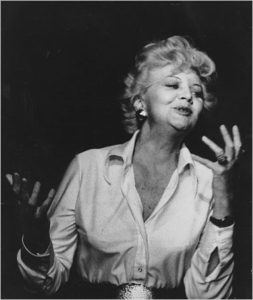 Stella Adler (February 10, 1901 – December 21, 1992) became one of the most influential teachers of acting theory, an influence that spread with the founding of her school, the Stella Adler Studio for Acting, along with other schools that have been opened to teach her methods. Her influence was further spread with her authorship of several books, including The Technique of Acting and The Art of Acting, as well as the popularity of her methods, which built upon the teachings of Constantin Stanislavski and was influenced by her work at the renowned Group Theatre.

NEXT: Beef-up Your Acting Résumé with Training, Not Lies!