“The foundation of acting is the reality of doing.” – Sanford Meisner

Sanford Meisner came along in the 1940’s and 50’s, offering a completely new approach to acting. His departure from Method Acting, with Affective Memory as its foundation, led him to create the Meisner Technique.

“Sandy”, as he was affectionately called, influenced an entire generation of actors. Everyone, from Tom Cruise to Alec Baldwin to Jon Voight to Sandra Bullock, can trace some of their development to the teachings of Sanford Meisner.

Sandy also left behind many insightful quotes that actors can still draw inspiration from now.

“You know it’s all right to be wrong, but it’s not all right not to try.” “You can’t learn to act unless you’re criticized. If you tie that criticism to your childhood insecurities, you’ll have a terrible time. Instead, you must take criticism objectively, pertaining it only to the work being done.” The actor’s chief instrument is himself

“In most professions, every practitioner uses the same tools and techniques, while the actor’s chief instrument is himself. And since no two persons are alike, no universal rule is applicable to any two actors in exactly the same way.”

Act before you think…

“Act before you think – your instincts are more honest than your thoughts.” “If you want to reach every person in the audience, it’s not about being bigger, it’s about going deeper.”

“Life beats down and crushes our souls and theatre reminds us that we have one. At least the type of theatre that I’m interested in; that is, theatre that moves an audience. You have the opportunity to literally impact the lives of people if they work on material that has integrity. But today, most actors simply want to be famous.” “Being an actor was never supposed to be about fame and money. Being an actor is a religious calling because you’ve been given the ability, the gift to inspire humanity. Think about that on the way to your soap opera audition.”

“Don’t be an actor. Be a human being who works off what exists under imaginary circumstances.”

Make it your own!

“Your acting will not be good until it is only yours. That’s true of music, acting, anything creative. You work until finally nobody is acting like you.”

“An ounce of behavior is worth a pound of words.” 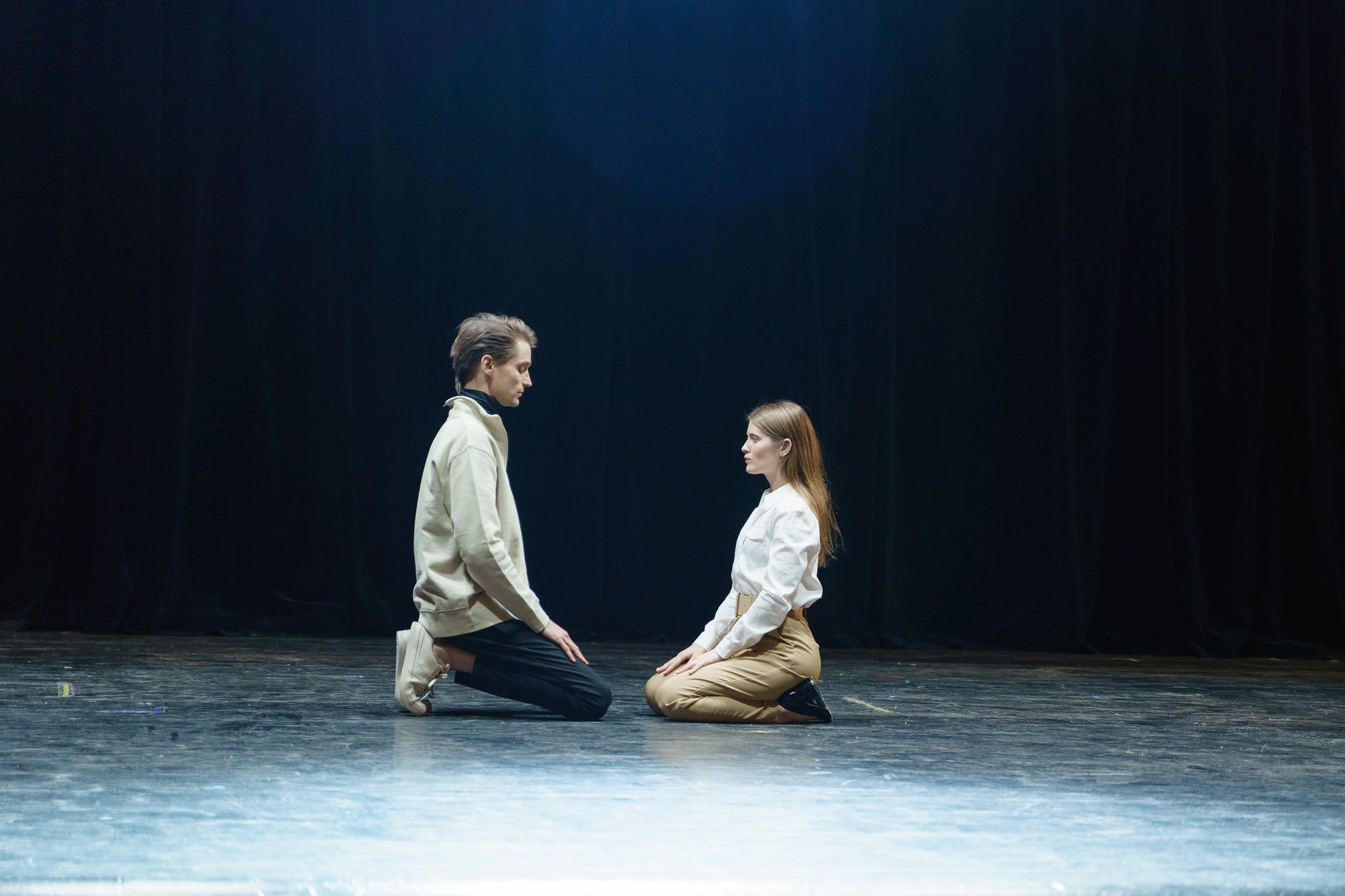 “The truth of ourselves is the root of our acting.”

“The only way to deal with yourself as an actor is to follow the emotional truth of what you have to do under the imaginary circumstances. And as you develop you become confident. You come to believe in what you’re doing and trust it because it’s out of you.”

“Acting in a scene is like paddling a canoe from a pebbly beach on to the river, the writer builds the canoe, and the actor provides the river. The river is the actor’s thoughts and emotions.” “WHY is the most important word in an actor’s vocabulary.”