Sanford Meisner: “To be an interesting actor, you must be authentic.”

“To be an interesting actor, you must be authentic.” 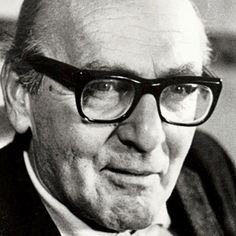 “To be an interesting actor, you must be authentic.”

Sanford Meisner (August 31, 1905 – February 2, 1997), known affectionately as ‘Sandy’, was a legendary acting teacher and occasional actor. He was one of the original actors who formed the famous Group Theatre, along with other legendary acting theorists like Lee Strasberg and Stella Adler.

This quote is an example of his obsession with spontaneity and authenticity, when it comes to an actor’s performance. Meisner said:

Getting actors to be more authentic and to “live truthfully under imaginary circumstances”, became the main rift that separated him from the teachings of acting theorists like Lee Strasberg and his brand of Method Acting.

While at Group Theatre, Meisner began to resist some of the teachings of Strasberg, particularly his focus on the controversial technique known as Affective Memory. He would eventually branch out from Strasberg’s tutelage to develop his own series of acting techniques, which built on the work of Konstantin Stanislavski and his “system”.

Meisner’s series of acting techniques would later become known as the “Meisner Technique”. For Meisner, acting was all about reacting, in the moment, and in the most liberated way possible.

“Do you have any idea how liberating it is to not care what people think about you?”

“Well, that’s what we’re here to do,” said Meisner.